The University of Portsmouth is joining the 30th anniversary celebrations of Black History Month by putting on a variety of events and activities.

Black History Month (BHM) is held every October with the aim of promoting knowledge of black history, culture and heritage, and positive black contributions to British society. The month also marks the The Windrush 70th anniversary, celebrating and honouring the pioneering, Windrush generation that came to Britain who have helped to shape British social, cultural and political life.

The University Library will have a display of Black British authors and a selection of books on the subject of Black history.

On 31 October, a day of events will be held at the University starting with the launch of its Race Equality Charter. 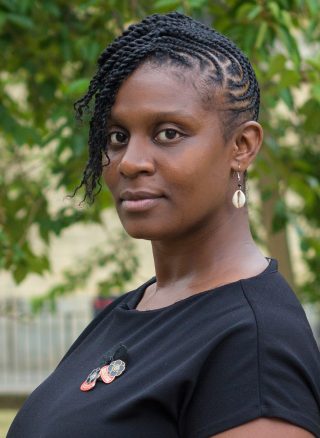 Selena Carty will outline why it matters to remember the contributions made by those from the black, minority and ethnic populations

The launch event will give staff an opportunity to learn more about the charter and will be opened by the Vice-Chancellor, Professor Graham Galbraith. Dr Deborah Gabriel, Founder and Director of Black British Academics and Co-Chair of Bournemouth University’s Race Equality Charter Steering Group will give the keynote speech. Her presentation is entitled “Embedding Intersectionality into Gender Equality Initiatives: Developing a Critical Race Strategy for Equality and Social Justice.”

Dave Small and Lesley Lee from the University Equality and Diversity Team will also share detailed information on the Race Equality Charter process, the challenges and opportunities it provides and the approach they will be taking at the University.

Following the launch, the School of Area Studies, History, Politics and Literature presents a public lecture by Brycchan Carey, Professor of English, Northumbria University, Vice-President and International Officer, British Society for Eighteenth-Century Studies at 3pm in the Portland Building.

Entitled ‘Black Writers in Portsmouth in The Age of Slavery’, this illustrated will explore the fascinating life stories and writings of some of the black writers who lived in or visited Portsmouth during the 18th and 19th centuries.

In the evening, also at the Portland Building, starting at 6 pm, Selena Carty, Founder of the Black Poppy Rose, will give a free public talk. The Black Poppy Rose was created in 2010, following the realisation that in a country that many African/Black/West Indian/Pacific Island people call home, the history that represents them has been displaced over the course of time.

Selena Carty will outline why it is so important to remember not only the soldiers but also the peoples in these communities who contributed in any way for the war effort.

For further information on all the events please contact events@port.ac.uk or telephone 023 9285 3757.

About the Author: Black Poppy Rose